To The New Author: Don’t Give Up! 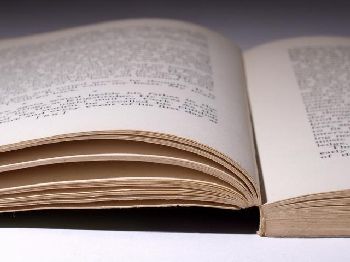 Say you’re a brand new author who’s just completed your first book, your ‘baby’. You’re ready to go out into the world and show everyone your latest masterpiece. Along the way, you run into a few obstacles; doubtful critics, sparse attendance at book signings, and the frustration that comes along of not selling as many books as you have hoped.

As authors, we’ve all been there. Just don’t give up.

In my seven years of becoming a published author, I’ve had many friends and colleagues produce great works only to see them fall off the face of the literary earth after a year or so. Either their job has them working a difficult schedule, or they have to take care of more important issues like their children, going after other pursuits using their books as a springboard, and then there are the first time authors who made the decision to just give up. In their minds, their book isn’t selling, so why continue? Although it’s not fair to judge on why an author doesn’t move forward with his/her career after the first written work, I should say perhaps that author is cheating themselves by not moving forward and dreaming up their second book.

I’ve had many a writer tell me they are thinking of a second book, but it never comes out. For any other reason but the ones above, that’s a shame the author wouldn’t grace the reading public with the opportunity to present a new tale or helpful story that could benefit us all. I remember having a conversation with a good friend who’s also a writer and it was mentioned there are at least two good stories in everyone. Unless you’re with a mainstream publisher or have enough funds to self-publish on a consistent basis, that one novel or self-help book may be your only chance to share your wisdom to the world. Again, that would be a shame if you, the author, didn’t have the chance to reveal more wisdom or entertainment to the general public.

Not all of us who are authors will be blessed with multi book deals, nor should that be the case. Maybe that one book is what you intended to write, and that’s not a bad thing. Most of us are so pumped up into how many titles we produce because we’re afraid of being stagnant and our fans desire more. However, there are a ton of examples to show that even one book can make an impact in the literary society. Harper Lee’s To Kill A Mockingbird, Ralph Ellison’s Invisible Man and J.D. Salinger’s The Catcher In The Rye are novels that are influential and have longevity, proving that it’s not always the number of books an author has written, but the great stories readers remember.

If you’re a writer who knows you have more tales to write but you’re letting the opinions of critics, doubters and a few snippy individuals get in your way of crafting that second book, realize this very important fact: it’s your dream, not theirs and no one has the right to take that away from you, no matter what they say. They may say, it won’t sell, it’s not the genre that’s ‘hot’, etc. The fact is you know you have another story in your heart; release it and just go for it. Once you do, you’ll find you have more supporters than critics and best of all, you went ahead and wrote the book anyway. A multitude of authors have let a harsh word or soul-cutting comment ruin what could have been a great writing career based on your first book, but this dream, this gift you have is too important to let others determine your future for you. If you know it’s there, then write! Whether it’s the one novel or a series of them, as an author you are contributing to the world of literature. You are making the difference, just don’t give up.

Posted by Chatmon's Books on August 17, 2016 in Uncategorized